Rail focus for infrastructure development in the Philippines 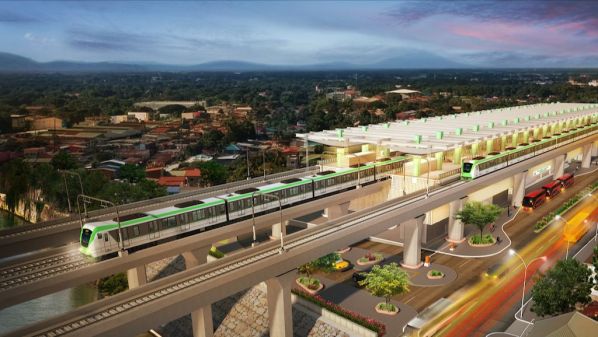 THE new president of the Philippines, Mr Ferdinand Marcos, has used his first state of the nation address to announce a new focus on developing the country’s railway system.

“It is clear in our mind that railways offer great potential as they continue to be the cheapest way of transporting goods and passengers,” Marcos says.

He said that the infrastructure development programme instigated by his predecessor, Mr Rodrigo Duterte, must be expanded. “We must keep the momentum,” Marcos says. “And aspire to build better more.”

Marcos pointed out that there were currently a dozen rail, metro and light rail projects at various stages of implementation in the Philippines, with a combined cost of Pesos 1.9 trillion ($US 34.2bn).

He said that larger projects such as the 102km Mindanao Railway, Panay Railway and Cebu Railway could be integrated as a vital part of the transport system.

The Mindanao project is due be resubmitted to the National Economic Development Authority in the coming weeks for “funding reapproval,” with private finance a potential source of investment.

Marcos has directed the Department of Transportation (DoTr) to take forward the upgrading of existing rail infrastructure, but stressed that his administration was committed to completing projects that were already underway.

“Improving our railway system, along with modernising existing airports and seaports, will maximise our strategic location in the Pacific and connect our many islands,” Marcos says.

“I will not suspend any of the ongoing projects as those have already been shown to be of benefit to the public that they serve,” he says. “I will continue to study the proposals that have been made.”

Specific mention was made of the North-South Commuter Railway (NSCR), running for 147km from Clark to Calamba and serving 35 stations. It is expected to have capacity for between 400,000 and 700,000 passengers a day when it is operational by 2026-27.

According to DoTr undersecretary for railways, Mr Cesar Chavez, procurement for the Tutuban - Malolos and Malolos - Clark sections of NSCR was 93% complete, with the Manila - Tutuban - Calamba section 61% complete.

Amongst the urban projects mentioned in the state of the nation address, procurement was 60% complete for the 33km Metro Manila Subway from Valenzuela to Ninoy Aquino International Airport. This will serve 17 stations and is expected to carry between 400,000 and 800,000 passengers a day.

Chavez also reported that construction of the LRT-1 extension from Baclaran to Bacoor was 69% complete. “The 122 trains are there already,” he says. “The station developments are in place already, except from Las Piñas to Bacoor.”

Construction of the 22.8km MRT-7 metro line was 61% complete. Running from San Jose del Monte to Quezon City with 14 stations, it is being built under a public-private partnership (PPP) with Philippine conglomerate San Miguel.

The Unified Grand Central Station project is expected to be completed by the second quarter of 2023. This will provide interchange between LRT-1, MRT-3, MRT-7, the Metro Manila Subway and bus services.

Marcos said infrastructure development would remain a very high priority for his administration in its drive for growth and employment, with spending sustained at 5% of GDP.

“The planned expansion of infrastructure projects, I believe, would be possible if we continue to encourage the participation of the private sector in the development of our programme,” he says.

The Marcos administration points to the great potential of PPPs, which in facilitating infrastructure investment by the private sector would allow limited public funds to allocated to other local priorities.