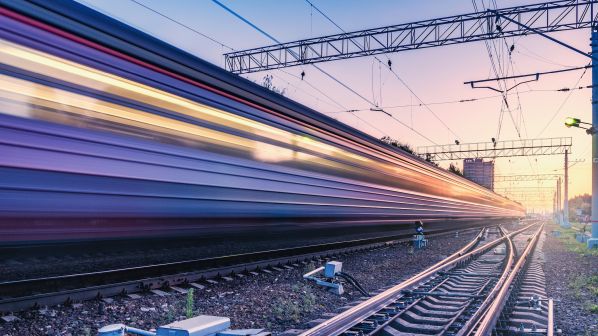 RAILWAY industry associations have backed the European Commission’s (EC) Fit for 55 regulatory package designed to achieve the European Union’s (EU) target of reducing greenhouse gas (GHG) emissions by at least 55% by 2030. However, they have called for the policymakers not to lose sight of the importance of the rail in reducing transport emissions when making policy decisions.

While the EC does target the road, aviation and shipping industries, there is no specific mention of rail in the proposals released on July 14, which calls for climate, energy, land use, transport and taxation policies which will reduce GHG emissions.  The EC plans for Europe to be the world’s first climate-neutral continent by 2050. “It is no surprise that rail does not feature predominately in the package, given rail's existing green credentials, but we must not lose sight that rail remains a key part of the solution,” says European Rail Freight Association (ERFA) president, Mr Dirk Stahl.

The Community of European Railway and Infrastructure Companies (CER) says that the EU has so far failed in delivering effective policies towards transport and that rail is needed to reverse the trend of rising GHG emissions. CER points out that rail is responsible for 0.4% of transport-related CO₂ emissions despite having an 8% share of passenger transport and 19% of freight across the continent.

“Railways are already on the path to reduce their emission by 55%,” says CER executive director, Mr Alberto Mazzola. “Modal shift will further accelerate the reduction of European emissions. The polluter pays principles will work only with a robust carbon price applied to all transport modes. And revenues from carbon pricing must be allocated to further develop low-carbon transport systems and protect EU citizens from energy poverty.”

The International Association of Public Transport (UITP) says that the “ambitious objectives” set by the EU cannot be achieved without making public transport a priority and encouraging modal shift.

European Rail Industry Association (Unife) states that it steadfastly believes climate neutrality is only possible with the successful decarbonisation of the transport sector. It points out that while transport produces the second most GHG, rail stands out as the only mode to reduce its carbon footprint while optimising its energy management.

“These proposals introduce new opportunities for the market uptake of clean technologies in rail and fairer pricing across transport modes. European rail manufacturers are ready to step up their commitments to citizens, the environment and our planet.”

Erfa welcomed the Fit for 55 package but called on policy makers not to lose sight of the modal shift objectives set out in the EC’s Sustainable and Smart Mobility Strategy.

ERFA states that unless steps are taken by all modes to reduce their emissions, then under the current scenario transport emissions in 2030 will remain higher than levels in 1990. It highlights the time it will take other modes to reduce their emissions by 2030 and the importance therefore of increasing rail freight volumes by 50% within nine years, and then doubling that by 2050.

ERFA secretary general Mr Conor Feighan says there is now a clear understanding of the EC’s legislation objectives from both Fit for 55 and the Sustainable and Smart Mobility Strategy announced in December.
“It is now important that these strategies are followed up with ambitious legislative proposals which will assist in meeting the objectives they have already set out,” Feighan says.