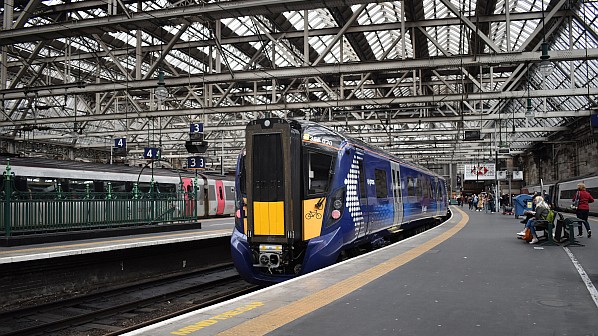 THE Scottish government has taken control of ScotRail (SR) from Abellio, meaning services are back in public ownership.

Abellio had been operating SR since April 1 2015, when it replaced FirstGroup. The Scottish government took over on April 1. Abellio was told in 2019 that its contract would not be extended beyond 2022, and in March 2021 it was confirmed that services would be nationalised.

SR services are now provided by Scottish Rail Holdings (SRH), which is owned and controlled by the Scottish government. SRH provides separation between Transport Scotland (TS) as the policymakers and the direct management of the service delivery, which will be provided by ScotRail Trains (SRT).

Scottish first minister, Ms Nicola Sturgeon, said that the new beginning creates a real opportunity to deliver a railway which is “for the nation” and that would be fully focused on being run for the benefit of its users rather than shareholders.

Abellio, the international passenger subsidiary of Netherlands Railways (NS), still retains contracts in the British rail industry, including the East Midlands Railway and Greater Anglia contracts, as well as the West Midlands Trains contract in a joint venture with East Japan Railway Company and Mitsui, and Merseyrail in which it has a 50% share along with Serco.