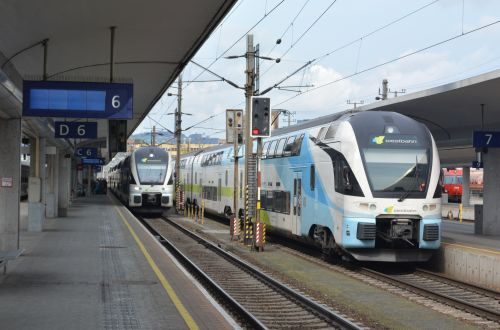 “The results of the survey of newcomers in 15 countries confirm what we have been feeling for years: Austria is the absolute tail light when it comes to how fast (or rather slowly) a decision is made,” says Dr Erich Forster, president of AllRail and CEO of Austrian open-access passenger operator Westbahn.

According to the study, the maximum time for railway-related procedures to be dealt with in Europe is two years, except in Austria where it can take up to five years. For example, Schienen-Control started to consider an infrastructure user fee in 2012 but only came to a decision this year.

“The role of regulators is to create fair market conditions,” says Westbahn. “Failure to perform this function in a timely manner means the regulator will fail to meet the overall regulatory objective, and the economic impact will be dramatic for all participants.

“Quick decisions are important to promote competition. This is in the interest of all Austrians - competition means more and better deals and lower prices.

Westbahn cites Schienen-Control’s failure to determine traction current network charges for 2016 as an example of its inability to reach a decision within a reasonable period of time. “Instead of making a decision, Schienen-Control has conducted another full study of exactly the same topic, which even now, at the beginning of December 2017, has not yet been completed for the current year,” says Westbahn. “Schienen-Control also says the procedure will be the same for the next few years.

“For Westbahn, it is incomprehensible how our regulatory authority works. On the one hand, to work extremely slowly while at the same time blocking itself by using identical procedures on the same topics each year, cannot be in the interest of market participants.

Westbahn says it wants the current structure to change so that workable decisions can be reached within a reasonable timeframe to provide better planning security for operators.