The plan includes SKr 165bn for railway maintenance and operation. 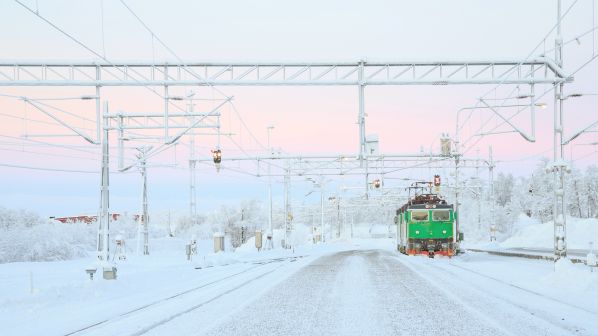 THE Swedish government has proposed a SKr 876bn ($US 105.4bn) long-term transport infrastructure budget for 2022-2033, which supports its goal to become the world’s “first fossil-free welfare state.”

To achieve this, the government says transport’s greenhouse gas emissions must be reduced at a much faster rate than they currently are in order to achieve a 70% reduction by 2030, and for the country to achieve net zero by 2045. Despite the focus on emissions reduction, large amounts of funding are provided to the fossil fuel-reliant road sector.

The government says the upturn in funding available for rail will enable an increase in maintenance as well as further investments in large parts of the network. Multiple low-traffic freight lines have been closed or mothballed in recent years, with maintenance backlogs leading to restricted speed limits on some major routes between cities.

A total of SKr 437bn, a SKr 103.5bn increase, has been allocated for the development of transport infrastructure across the whole country, including new rail lines, although it is unclear what proportion will go to rail.

Several major rebuilding projects of existing lines, such as Gothenburg - Borås and Hässleholm - Lund, are now underway. The government says the planned financial framework will enable the current national plan to be completed, with investments in new main lines increasing the capacity of the rail network linking the country's three metropolitan regions of Stockholm, Gothenburg and Malmö, and contributing to urban development, housing construction and employment.

Trafikverket was commissioned to produce a new plan in June 2020, including two variations for the periods between 2022-2033 and 2022-2037. The documentation was submitted to the government in October 2020 and was then sent out for public consultation. The government has chosen to adopt the shorter 2022-2033 planning horizon.

For detailed data on rail projects in Sweden, subscribe to IRJ Pro.