Rail 2050 will now focus on improving local and regional services as this is expected to achieve the greatest shift to rail. 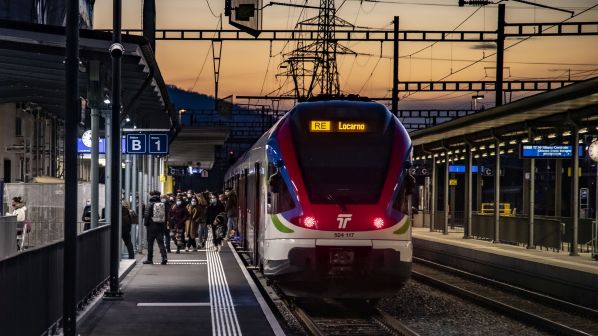 Switzerland plans to favour the development of local and regional services in its Rail 2050 strategy.
Photo Credit: SBB

THE Swiss government is re-orientating its Rail 2050 long-term strategy in favour of improving short and medium-distance rail services by, for example, offering additional S-Bahn services in the major cities. This is a change to the previous emphasis on improving long-distance service as the government believes this is the best strategy to encourage more people to travel by rail.

The government's transport outlook forecasts an increase of around 11% in passenger traffic and 31% in freight traffic by 2050. Public transport’s share of total traffic is expected to increase by 3% to 24%, largely due to the rail projects in the 2025 and 2035 planning stages. The revised strategy is expected to result in a 10% increase in domestic, import and export rail freight by 2050.

The government has also adjusted planned expansion projects and will make an additional SFr 750m ($US 782m) available for infrastructure projects. This includes completing the construction of the Lötschberg Base Tunnel to make it double track throughout its length to increase capacity and operational flexibility. The funds will also be used to cover the additional costs of other projects such as the Brütten tunnel, the Zimmerberg Base Tunnel, Stadelhofen station and the Geneva junction.

Switzerland aims to be a zero-carbon country after 2050. At present, transport accounts for 32% of greenhouse gas emissions, with road transport accounting for around 98% of these emissions while rail accounts for only 0.3% of direct emissions, mainly due to the high degree of electrification. As part of its climate strategy, the government wants to electrify car traffic, switch to renewable fuels for heavy goods road vehicles, and transfer a proportion of road traffic to public transport, specifically rail.

The government has set the following objectives for Rail 2050:

An analysis of different options for rail showed that the greatest potential for rail growth lies in the conurbations and their peripheries, and the connections between regional and urban centres. On the other hand, improving long-distance services only showed a slight strengthening of rail at a relatively high cost.

To improve short and medium-distance services, the government plans to expand S-Bahn services, build new lines in the conurbations, develop stations as transport hubs with connections to other modes and expand inter-regional services. There will be targeted reductions in long-distance journey times where rail is not competitive with road. For international passenger rail, there will be more frequent and well-coordinated services and targeted reductions in journey times.

For freight, the objective is to improve access to rail by developing rail/road transhipment facilities and improving east-west and north-south intermodal corridors. There will also be better logistics facilities with optimised rail connections in large and medium-sized conurbations.The proposed changes are now out for consultation until October 14.