THE Swiss Federal Council approved a mandate on May 20 for the country to negotiate membership of the European Railway Agency (ERA), which is part of the European Union (EU). 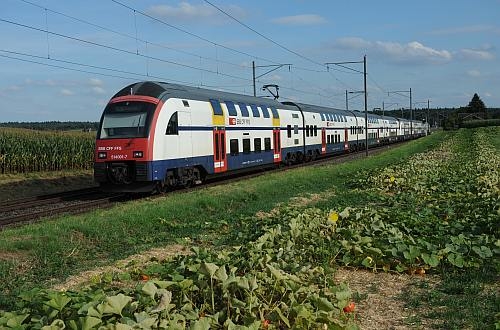 The Federal Transport Office (BAV) says ERA membership will simplify the authorisation process for rolling stock manufactured by Swiss suppliers and give Switzerland greater influence over the future of rail regulation in Europe.

Under European legislation ERA is set to become a 'one-stop shop' for rolling stock approvals in Europe, which means BAV would sacrifice some of its legal powers as a national safety authority. However, BAV will remain the competent authority for the authorisation of vehicles which operate exclusively in Switzerland.

Although it is not a member of the European Union, Switzerland has transposed many provisions of European legislation on railways into national law.

BAV says Switzerland's ERA candidacy is in line with the overall framework of the Land Transport Agreement between Switzerland and the EU, which came into effect in 2002, and this will be formalised with an annex to the convention.

Initial technical talks on membership were held by Switzerland and the EU last year. Full negotiations on ERA membership will begin as soon as the EU has adopted a mandate.