The suggestion was made by a platform set up by the European Union to research cross-border passenger rail. 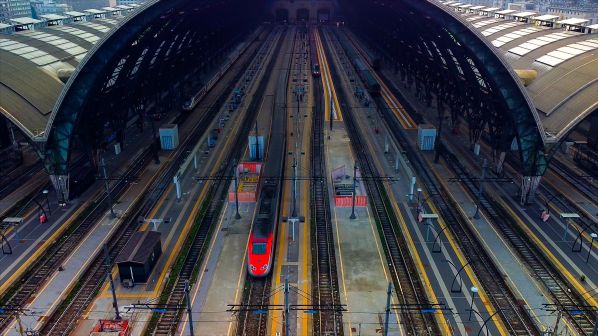 Some of Europe's largest state-owned railways are working on plans to revive the TEE network.
Photo Credit: Shutterstock

THE proposal to revive the Trans Europe Express network (TEE 2.0) could be one of the most significant projects to revitalise passenger rail following the Covid-19 pandemic, according to a platform set up by the European Union (EU) to examine ways to improve cross-border passenger rail travel.

Providing an update on its progress during the launch of the 2021 European Year of Rail event on March 29, the platform said the expansion of cross-border express services could have a major role to play.

“The European Year of Rail 2021 as well as the European Green Deal present the appropriate timing for in-depth consideration of the means for a broad revitalisation of the European rail passenger market,” IRP says. “Within that, the current initiative on the TEE 2.0 concept might be one of the significant frontrunners.”

An initiative set up after the German presidency of the European Council presented the TEE 2.0 plan on September 20 2020, led to the publication of a letter of intent this month. The letter highlights around 40 new and existing passenger rail services which could form the basis for the TEE 2.0.

The development of TEE 2.0 is one of a number of topics being explored by the platform.

The IRP says people choose their mode of transport based on five factors - availability, punctuality, quality, accessibility and price - and says there is room for international rail to improve on all five factors.

Sector representatives from operators, infrastructure managers, industry, passenger and consumer organisations, travel agents and third-party ticket vendors have set up a sector mirror group to work with the platform, which is aiming to advance common positions on a range of issues relating to the development of international rail passenger transport.

The platform has reached a number of preliminary conclusions, which are being further researched ahead of the presentation of a final report to ministers in June. These include:

The work being undertaken by the IRP has been reinforced by the rail sector, with European stakeholders issuing a statement in support of IRP that also outlined commitments from the sector.

The signatories say they realise that “the status quo is not an option,” adding that Europe’s international transport systems needs to be adapted to face the climate crisis.

The statement calls for rail to form the backbone of international travel, which would require improvements to the availability and online distribution of tickets, travel information, onboard services and better support during disruptions are required.

While the EU is working towards providing “carbon-neutral choices for scheduled collective travel below 500km” by 2030, the signatories say the creation of the Single European Railway Area could provide rail-based climate neutral services for journeys of up to 800km.