Track and train integration at heart of new British strategy

THE British government published a new strategic vision for the national rail network on November 29 which calls for closer integration between the state-owned infrastructure manager Network Rail (NR) and the passenger franchisees and private freight operators. The strategy will also look at reopening lines. 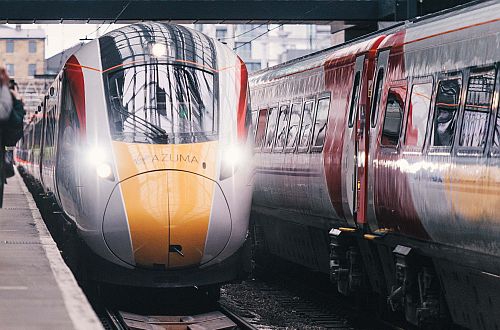 “Passenger journeys - which fell by a third between 1960 and 1995 - have since doubled,” says Britain’s secretary of state from transport, Mr Chris Grayling. “Britain has some of the most congested and intensively used railway lines in Europe. Rising demand is putting significant pressure on the railway infrastructure.”

The government plans to spend £47.9bn on the railway between 2019 and 2024, of which £34.7bn is to improve reliability. But Grayling says he wants the private and public sectors to work more closely together rather than in isolation to improve performance and rebuild the railway around the customer. This will mean introducing new franchises where NR and the operator work more closely together, the first of which will be South Eastern.

“This will be a process of evolution rather than revolution, in order to avoid the danger of reorganisation becoming the sole focus of the sector, at the expense of the passenger and freight customer,” Grayling says.

“We are developing plans to launch the East Coast Partnership as the first of the new generation of long-term regional partnerships bringing together the operation of track and train under a single leader and unified brand,” Grayling announced. He also confirmed that discussions are taking place with Virgin Trains East Coast (VTEC) about “delivering for passengers on this route in the short term.” This is a reference to delays in NR’s plans to upgrade the East Coast Main Line to allow VTEC to meet its franchise obligation to expand services. The VTEC franchise is currently running at a loss.

Grayling also confirmed Thameslink, Southern and Great Northern franchise will be broken up when the Thameslink Programme is completed. This could involve transferring some services, such as the West London Line, to Transport for London. Additional destinations are being considered for the Cross Country franchise.

Grayling says options for major upgrades between Manchester, Leeds and York are aimed to deliver phased improvements from 2022, including a target journey time of 40 minutes between Leeds and Manchester.