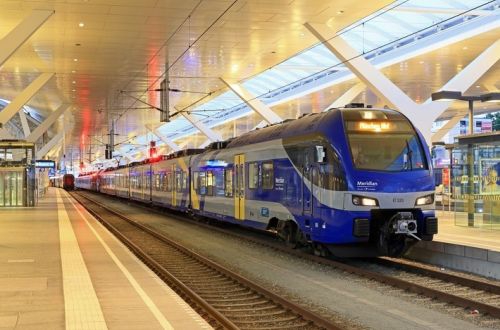 Up to now, private train operators in Germany have only been able to sell tickets for local journeys. However, after a long battle and intervention by Germany’s federal cartel office in May 2016, private operators will soon be able sell long-distance tickets via their own distribution channels.

Nevertheless, Transdev says major hurdles and limitations remain. For example, a passenger wants to buy a ticket from Leipzig via Munich to Rosenheim using the Bavarian Transdev app. The app will show the long-distance and connecting local trains needed to make the trip, but cannot sell the ticket to the passenger. Transdev says this is because “German Rail (DB) generally prohibits the sale of long-distance tickets through alternative mobile applications.”

“The implementation of the DB obligation to further open the sales market has been very slow so far,” says Transdev’s spokesman Dr Tobias Heinemann. “Even though we will sell our long-distance tickets to our customers in the near future, many important questions remain unanswered with DB. We would like to get started and make access to the rail system simpler and more customer-friendly, especially via mobile applications.

“It is precisely where digitalisation opens up new opportunities to make travelling as easy and pleasant as possible for passengers, which DB is blocking,” Heinemann continues. “On the one hand, DB says that it puts the customer at the centre and wants to make everything more customer-friendly. But whenever its competitors want to take the company at its word and simplify access to the rail system for all passengers, DB is of course not customer-friendly. The low usage figures of mobile sales in local transport prove it.”

Transdev says many users of local trains use them to connect with long-distance services. “That's why competitors must enjoy full distribution rights for long-distance tickets on all channels,” says Heinemann. “Otherwise, transport companies will not succeed in attracting more passengers to public transport. And that must be the goal of the entire industry.”

Transdev has produced a short, animated video (in German) to illustrate the point which can be viewed here.