Turkey to open rail market in second half of 2016

LONG-held plans to liberalise Turkey's railway sector are set to be implemented during the second half of 2016 enabling private freight operators to access the network for the first time. 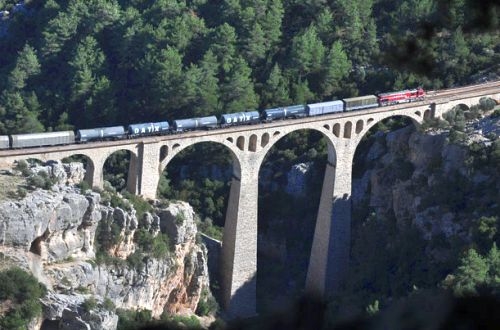 Mr Ismail Murtazaoglu, Turkish State Railways' (TCDD) assistant general director, told IRJ in Ankara on April 16 that TCDD will become solely an infrastructure manager with TCDD Transport Joint Stock Company founded to run passenger and freight operations on the network. Under Law 6461 of the railway sector, the Director General for Railway Regulation (DDGM), a division of the Ministry of Transport, Maritime Affairs and Communication, will oversee the liberalisation process and issue network access licences to private operators viewed as meeting the necessary regulations.

"The private operators will pay to use our lines and all maintenance will be carried out by TCDD, the infrastructure manager," Murtazaoglu says. "They will pay and they will use the network. They can have their own trains, or they can lease them. Whatever they want, it will be a liberal system."

Murtazaoglu says that initially liberalisation will focus on freight operations, with a view to opening the passenger market in the future. He added that TCDD Transport, while being funded by the Turkish treasury, will be run like a private company. "There will be no difference between TCDD and any company offering a service. They will obey all the same rules," he says, adding that the DDGM will work to ensure the infrastructure manager's independence, which is critical to the success of the liberlisation programme.

"Anyone who thinks that TCDD is not independent will be able complain to the DDGM," he says.

The full interview with Murtazaoglu will appear in the May issue of IRJ.