The UIC has also established a refugee task force. 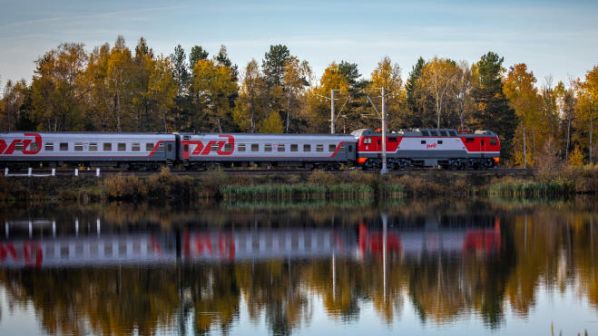 THE International Union of Railways (UIC) has suspended the memberships of the national railways of Russia and Belarus following Russia’s invasion of Ukraine, which was partially launched from Belarus.

While the Russian University of Transport is still listed as an affiliate member on the UIC’s website, Russian Railways (RZD) and Belarusian Railways (BC) are no longer listed as members.

The UIC says that as the worldwide association, it remains committed to enabling international railway cooperation at a global level “serving its common values of unity, solidarity and universality.”

“In these unprecedented and difficult times, the UIC is expressing its solidarity with the people of Ukraine,” the UIC says. “They are suffering from the impact of war and experiencing a high number of fatalities and destruction of infrastructure, leading to the disruption of the provision of goods and services essential to daily life.

“In order to continue a constructive and technical collaboration with trust and confidence between our members, the UIC has suspended the member companies of the Russian Federation and the Republic of Belarus currently under international sanctions, until the return of a peaceful situation in Ukraine.”

“They are continuing to operate under extremely difficult conditions, demonstrating that railways can and must remain a priority mode of transport for people, including humanitarian aid and evacuation of refugees,” the association says.

The UIC also highlighted the work of other railways that are carrying refugees from the Ukrainian border and across Europe. “The solidarity of all these UIC member companies is truly impressive,” the UIC says. “In addition, UIC fully applies all sanctions according to national and international law.”

A “refugee task force” has been established, led by UIC passenger director, Mr Marc Guigon, to exchange knowledge and identify ideas for:

The UIC says it is calling for maximum support from all railway companies and international organisations in this work, through their involvement and constructive input.

“It is the fervent wish of the UIC that peace and stability will resume as soon as possible,” the association says. “The international railway community marks its solidarity with its Ukrainian Railways colleagues and the Ukrainian people, helping the movement of people and vital aid in this time of need.”

The UIC was also due to stage the World Congress on Rail Training in Moscow on May 18-20. The date for this event has been changed to October 19-21 with no new host or venue yet confirmed.