UIC to promote rail as a solution at COP22

THE International Union of Railways (UIC) is set to participate in seven events at this weekend’s COP22 United Nations Climate Change Conference in Marrakech to highlight rail’s role as part of the solution to climate change. 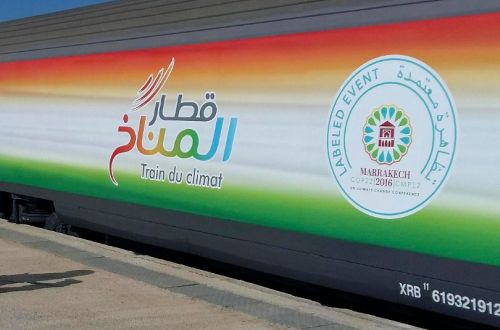 The events will focus on climate change mitigation and adaptation and will aim to demonstrate that the rail sector is a resilient and emissions-efficient transport mode. It is also hoped to show how developing rail services can help individual countries deliver their nationally-determined contributions.

Among the events is a debate in the “Climate train” at Marrakech station, a travelling exhibit organised by Moroccan National Railways (ONCF) and French National Railways (SNCF), which visited 12 cities across Morocco from October 20 to November 5 and highlighted various climatic phenomena, Morocco’s biological resources, and how this might be preserved.

Events in Morocco follow the signing of the Railway Climate Responsibility Pledge by 70 UIC members representing the majority of the world’s railway activity since COP21 in Paris in December 2015. The document commits the railways to reduce carbon emissions and energy consumption and contribute to global targets to limit climate change.