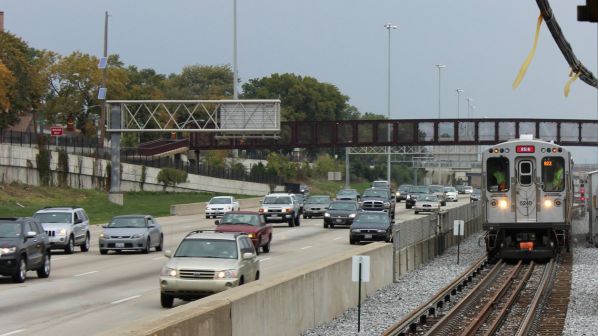 Transport accounted for 28% of global-final energy demand and 23% of global energy-related CO₂ emissions in 2014. Emissions increased by 2.5% annually between 2010 and 2015, and over the past 50 years the sector has witnessed faster emissions growth than any other.

The report states that the world has 12 years to limit global warming to 1.5°C or face an environmental catastrophe, with the world currently on course for a 3°C rise. However, it says that solutions are available but this would require far-reaching transitions in energy, land, urban and infrastructure, including transport.

For transport, this includes moving passengers to use more efficient modes of travel, a move welcomed by the UITP.

“UITP will continue to work with our members, sectoral colleagues and all interested parties to advocate for sustainable mobility,” says UITP secretary general, Mr Mohamed Mezghani. “Public transport needs three to four times less energy (per passenger) than individual cars and moves people in greater numbers. Thus, we can reduce emissions and fight climate change together.”

In particular, the UITP highlights the role cities can play in fighting climate change. Urban transport accounts for 40% of all transport emissions. Research from C40 Cities, the Global Covenant of Mayors for Climate & Energy, and the New Climate Institute, found that improving public transport could prevent the premature deaths of 1 million people around the world annually from air pollution and traffic fatalities.

“These statistics show that urban mobility lies at the heart of the fight against climate change and the transition to a resource-efficient and low carbon urban economy,” the UITP says. “Shifting transport to more sustainable modes is vitally important.”

UITP will advocate the role that public transport and sustainable mobility can play at the upcoming COP24 in Katowice, Poland, in December 2018 where it expects to sign another significant partnership following an agreement with the UNFCCC at COP23 in Bonn in 2017.