Association says adoption of the instrument will finally level the playing field for European rail suppliers in international public procurement. 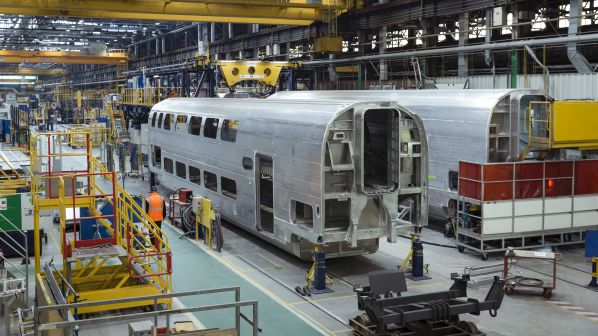 THE European Rail Industry Association (Unife) has welcomed a European Council agreement on the adoption of an International Procurement Instrument (IPI), which is described as an offensive tool that will provide the European Union (EU) with negotiating leverage to open up procurement markets in third countries.

If adopted, the IPI will effectively enable the EU to limit or exclude, on a case by case basis, access to its public procurement markets by economic operators originating in countries that apply restrictive or discriminatory measures to EU businesses.

Following endorsement of the council mandate by EU ambassadors, the European Parliament is set to adopt its position on the IPI. This process is expected to begin in the autumn.

The current Portuguese presidency of the council has pushed for adoption of the measure and the country’s minister of state and foreign affairs, Mr Augusto Santos Silva, says the IPI will better equip the EU to defend European businesses against discriminatory and restrictive practices applied by some of its major partners.

Unife says the agreement is a major step in finally ensuring a level playing field in international public procurement as access to rail markets is increasingly curtailed by several barriers.

“Many important points requested by Unife have been taken on board, notably the possibility to exclude economic operators should negotiations fail with a third country,” the association says. “However, we still have concerns on certain aspects that could limit the instrument's actual effectiveness, namely the use, notification, and monitoring of exceptions.

“The European Parliament will be key in ensuring that the final regulation can be a real offensive tool for opening new markets for the European rail supply industry.”

The council says existing EU commitments with third countries including the World Trade Organisation Government Procurement Agreement (GPA) and bilateral trade agreements - would remain unaffected by the IPI. The IPI is also structured as to minimise the administrative budgetary burden upon contracting authorities from member states and to take into account the specificities of under-developed countries and European small and medium-sized enterprises (SMEs).