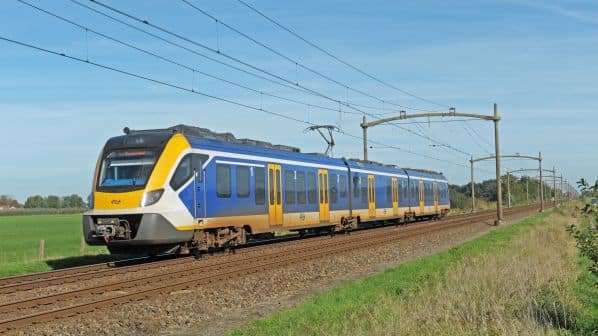 FNM represents new entrants Arriva Nederland, Transdev, Qbuzz, Keolis and EBS, and believes that the government would be in breach of European Union (EU) law if it awards NS the Main Line Network concession.

This covers 95% of total rail passenger-km in the Netherlands, including inter-city services and international routes.

FNM and its members have already started one court case on this issue, where the final verdict is expected in March 2023. But to avoid any risk that irrevocable facts may come to pass in the relationship between Dutch state and NS before the final verdict, the new lawsuit requires the government to stop negotiations under the framework of awarding the new concession.

The additional lawsuit represents a strong increase in the pressure being applied by FMN. Its members are all keen to compete against the incumbent NS in the most important part of the Dutch passenger market.

They are insisting that the government respects EU law regarding PSO contracts, and in particular the requirement to carry out market testing to determine which services can be operated commercially before making a direct award.

These concerns are shared by the European Commission (EC), which has been closely following developments since the Dutch government first revealed its plans for a direct award to NS.

In a letter European commissioner for transport, Ms Adina Vălean, has warned the Dutch minister of the environment, Ms Vivianne Heijnan, that directly awarding the Main Line Concession without undertaking market testing would entail “a serious risk of breaching European Union law.”