US rail associations set out priorities for Trump and Congress

FOLLOWING the election of Donald Trump as US president-elect and Mike Pence as vice-president-elect together with the new Congress, three railway associations have set out their priorities for the new administration. 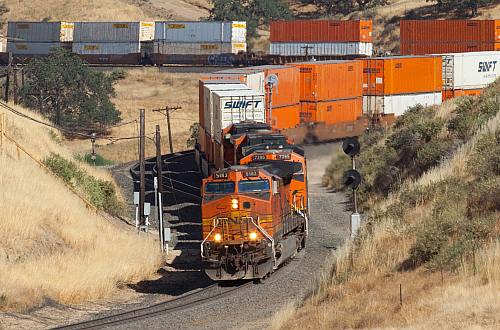 Mr Edward Hamberger, president and CEO of the Association of American Railroads (AAR), says the railway industry, including the freight rail sector, is “eager to work with a new administration and Congress, helping advance policies that will spur economic growth, support quality jobs and further cement the United States as a global leader.

“As a business leader, Mr Trump understands many of the economic challenges facing this country,” Hamberger says. “As such, we hope he will move quickly on issues such as comprehensive tax reform that reduces the corporate rate, a review and reform of the broken regulatory system and embrace fair and open trade. These policies, as well as the steady presence of America’s privately-owned freight rail network, are critical to enacting much of Mr Trump's agenda, including public infrastructure investment.”

The AAR called on leaders of both parties in Congress, particularly the Senate Commerce Committee, to stop unfounded regulatory efforts at the US Surface Transportation Board.

“President-Elect Trump spoke of the need for increased infrastructure investment during his campaign and APTA is grateful to have had the opportunity to share its perspective and expertise with the transition team in recent months,” says the American Public Transportation Association (Apta). “Apta members stand ready to build on this work with president-elect Trump and vice-president-elect Pence on revitalising our economy and creating jobs through greater federal investment in infrastructure. Public transportation is critical to a community’s economic prosperity and competitiveness. As nearly 60% of the trips taken on public transportation are for work commutes, we believe that a significant portion of his infrastructure proposal should be dedicated to public transportation.”