Westbahn pulls out of CER amid liberalisation row

AUSTRIAN open-access long-distance operator Westbahn announced on May 13 that it has pulled out of the European Community of European Railway and Infrastructure Companies (CER), accusing the association of blocking liberalisation and market opening. 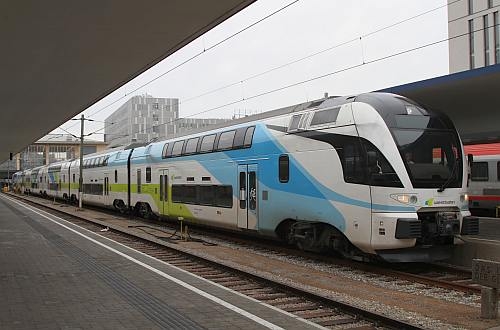 In a statement, Westbahn said it joined CER in 2011 "with the aim of bringing more awareness of competition and liberalisation into the monopolistic thinking of the CER to develop ways of opening the market in partnership with the European Commission (EC)." However, the company argues that certain incumbent operators dominate policy within CER, to the detriment of liberalisation.

"Unfortunately CER is more and more against the overall vision of the EC and therefore Westbahn can no longer remain in the CER," says Westbahn managing director Dr. Erich Forster. "Westbahn takes the view that CER needs a totally new strategy, with the aim of supporting further policy initiatives at EU level in order to finalise liberalisation instead of hindering it."

CER executive director Libor Lochman told IRJ that his organisation has actively pursued liberalisation of the railway market. "You can see our support for market opening in all of our documentation," he says. "This argument that we are working against the Fourth Railway Package simply isn't right. We have been working on the modification of the position originally adopted by the EU Transport and Tourism Committee on governance models, because total separation might not be appropriate in all circumstances. Westbahn is linking the issue of market opening to the issue of governance models, but in reality they are not connected in a way that one is conditional on the other happening.

"We have called for flexibility in the governance model with greater powers for regulators, which has to be a good thing for open-access operators. We always try to find consensus and we listen to all of our members, because if we don't we cannot be the voice of the railway sector."

Lochman also rejects the accusation that CER puts the interests of incumbents ahead of private operators. "If that was the case we would lose many more members," he says. "Members from countries such as Britain and Sweden, where there is already a high degree of liberalisation, fully agree with our position on reform."