AUSTRIA’s open-access passenger operator, Westbahn, has hit out at proposed reforms to European railway regulations which it says will benefit incumbent state operators rather than passengers. 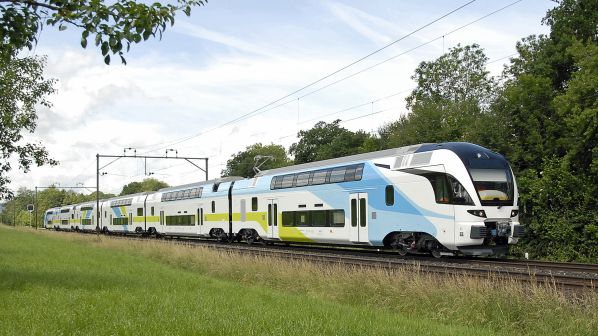 Westbahn calls for EU regulations which favour passengers and not incumbent railways.

“The proposal by the transport ministers on rail passenger rights is equivalent to a declaration of bankruptcy,” says Westbahn. “A meaningful submission by the European Parliament was not revised in favour of passengers, but for the benefit of national state-owned railways.”

“AllRail, which represents private rail operators, wanted more rights for passengers, but even the more moderate proposal by the European Parliament is now threatened with a noticeable deterioration in the upcoming tri-partite discussions, if the regulation as put forward by the European Council is implemented. Transport ministers in the European Council seem to have less focus on rail customers, but clearly represent the view of the European state railways that they own and whose interests are against significant improvements for passengers.”

Westbahn cites some examples of where passenger rights are being compromised.

“As certain commuter rail regulations are not mandatory, EU member states can easily exclude frequent travellers from compensation claims and rapid support,” Westbahn says. “There is thus little incentive to provide more than the minimum for these services.

“The force majeure clause which exempts operators from compensating passengers for loss is a reward to the state railways for requesting this exemption. The better solution that was originally proposed will now be made worse.

“So-called multi-company transit tickets which are based on distribution agreements will be labelled better under the revised regulation. This is clearly too little. For example, if a train is delayed and a passenger misses their connection, the passenger should be able to take the next available train without any bureaucratic obstacles, while the railway companies carry out internal billing in the background. A train journey should be as easy as possible. Minimal compromises do not help anyone.”

Westbahn also complains that the original requirement for a single platform to be provided in each country to enable passengers to easily find and compare train times and fares for all operators has not been honoured. “Only when the lowest price can be found in one place, without customers having to search several pages, will rail travel be so simple that the CO2 targets will be met,” Westbahn says.

“As is often the case, the European Council compromise is a lazy one that does not really position the EU as progressive. Only when kowtowing to the incumbents ends and rail travel is made transparent and easy to book, will we achieve the ambitious goal of making Europe carbon-neutral by 2050. We still hope that in future the Austrian Ministry of Transport will be able to implement a transport and climate policy that really makes travelling by train attractive.”