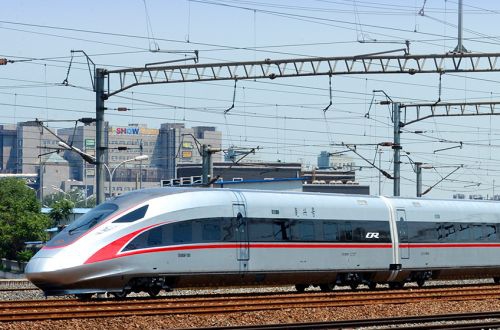 The first 350km/h service was operated by a Fuxing high-speed train, which departed from Beijing South station at 09.00.

The acceleration reduces the fastest journey time for the 1318km trip between Beijing and Shanghai from 4h 48min to 4h 28min.

Speeds on high-speed lines across China were cut in 2011 after the Wenzhou accident, which resulted in the deaths of 40 passengers and injured more than 200.