CHINA Railway Corporation (CRC) shaved five minutes off the Beijing - Tianjin journey time on August 8 with the restoration of 350km/h operation on the 117km high-speed line between the two cities. 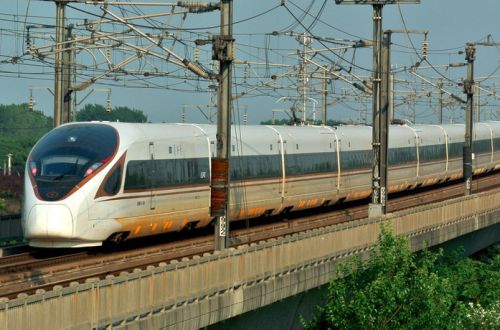 The maximum operating speed on the line was reduced from 350km/h to 300km/h following the fatal accident at Wenzhou in July 2011.

With the acceleration of services, Fuxing high-speed trains now complete the journey between Beijing South and Tianjin in 30 minutes. Frequencies have also been increased from 217 to 272 services per day in each direction.

The route is the second to see 350km/h operation restored, following on from the Beijing - Shanghai high-speed line in September 2017.