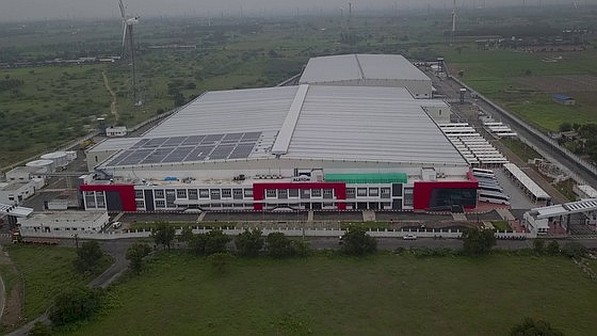 ALSTOM has inaugurated a new components facility at its site in Coimbatore, India, which it says will create 10,000 direct and indirect jobs.

The French company claims that the new six hectare facility is the largest of its kind in Asia. The formal opening of the site was conducted in the presence of Mr Emmanuel Lenain, the French ambassador to India, and Alstom India & South Asia managing director, Mr Alain Spohr.

The new facility will produce components including auxiliary convertors, cubicles, driver desks and rolling stock looms, and will also conduct integration and testing of traction systems.

“The opening of this facility is a testament of our commitment to the government’s flagship ‘Make in India’ initiative,” Spohr says.

In line with the company’s sustainability goals for 2025, the new Coimbatore site is targeting 80% of regular activities to be run on green energy, utilisation of 100% of natural light during daytime, harvesting rainwater and reusing 100% of the sewage treated water. The site also has a gender diversity rate of 20%.

For in-depth data on worldwide projects, subscribe to IRJ Pro.