ALSTOM signed a memorandum of understanding (MoU) with the Industrial Development and Renovation Organisation of Iran (IRDO) in Paris on January 27, which is intended to pave the way for the supplier to re-enter the Iranian market for urban and mainline rail equipment. 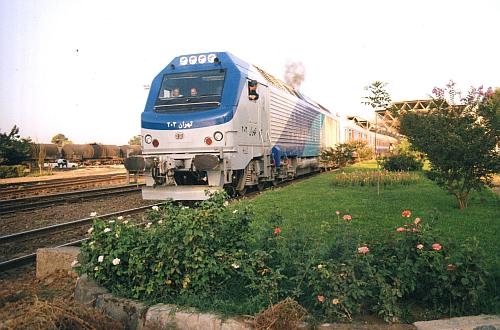 The agreement was signed in the presence of Mohammad Mr Reza Nematzadeh, Iranian minister of industry, Dr S Reza Norouzzadeh, deputy minister of commerce, mines and trade and chairman of IDRO, and Alstom chairman and CEO Mr Henri Poupart-Lafarge.

Alstom says the aim of the MoU is to "initiate discussions for an industrial cooperation as well as train production and maintenance in Iran to better address the country's needs for mainline and urban transportation."

The creation of a joint-venture to implement these projects is also being considered.

"This MoU reflects the strong desire of the Iranian authorities to develop the country's railway sector and Alstom is looking forward to accompanying Iran in its transformation" Poupart-Lafarge says.

In a separate agreement, which was also signed in Paris on January 27, French National Railways (SNCF) will support Iranian Islamic Republic Railways (RAI) in the redevelopment of key stations, suburban rail projects in major cities, Iran's high-speed programme, and the organisational restructuring of RAI.