ANSALDO STS has signed a strategic agreement with CNR Dalian, China to license its TramWave catenary-free light rail electrification system to a joint venture of CNR Dalian and General Resources Company, allowing the technology to be sold in China. 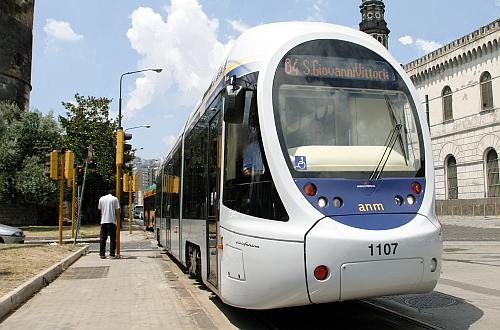 Unveiled in 2009, TramWave uses a box embedded in the road surface containing a contact line that is only activated when an LRV passes overhead. A series of contact plates are fitted along the upper surface of the box at 50cm intervals, which feed power from a cable inside the box to the collector shoe fitted inside the vehicle bogie. The shoe is surrounded by an earthed safety ring, which operates whenever the LRV is drawing current from the modular boxes. The boxes also include a path for return currents, meaning the running rails do not need to be used for this purpose. Ansaldo STS says this means TramWave cancels the effects of stray currents, offering significant maintenance savings.

TramWave also allows the equipment of an onboard energy management system, which optimises the performance of power collected from the contact rail with energy from the regenerative braking system.

The system is designed for new vehicles, although it can be retrofitted to AnsaldoBreda Sirio LRVs.