AZERBAIJAN Railways (ADY) announced on November 7 that it has completed the 8.3km line from Astara to the Iranian border on the western shore of the Caspian Sea. 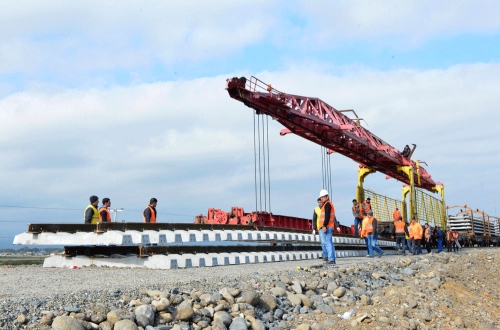 The bridge across the Astarachay river, which forms the border between the two countries is almost complete after works began in April.

The dual-gauge (1520mm and 1435mm) bridge will connect Astara to the Iranian town of the same name, where it will meet the Iranian Islamic Republic Railways (RAI) network. RAI will commission the Rasht – Astara line in 2017.