THAILAND's Office of Transport and Transport Policy and Planning (OTP) says that the construction plan for the 34.5km Pink Line monorail in Bangkok is currently awaiting approval from the government ahead of a bidding process which it hopes will commence by the end of the year. 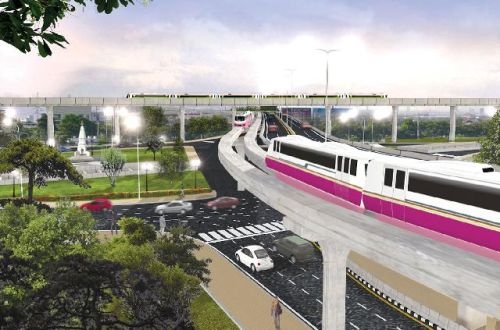 OTP director general Mr Peraphon Thawornsupacharoen says that if the government gives the Baht 58.3bn ($US ) project the green light and private firms bid as expected, construction, which will be managed by Mass Rapid Transit Authority of Thailand (MRTA), will take three years and the line could open in early 2019.

The Pink Line is described as a "feeder line" by MRTA, one of four for Bangkok, and the OTP says the monorail will be capable of transporting 80,000-200,000 passengers per day. It is expected to be implemented as a PPP operating concession.

For an in-depth analysis of Bangkok's rapid transit development programme, see the March 2014 issue of IRJ, or click here