THAILAND's transport minister Mr Prajin Juntong announced on August 4 that a new schedule has been agreed for the commissioning of Bangkok's metro Purple Line which will enable the opening of the 23.5km line to be brought forward by several months. 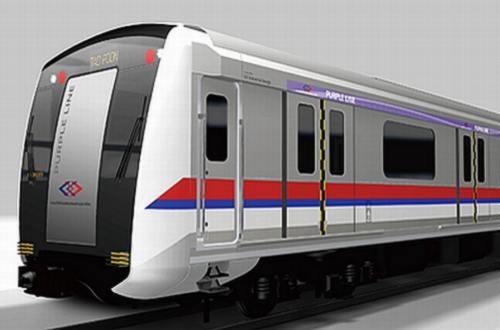 Previously Mass Rapid Transit Authority of Thailand (MRTA) had planned to open the line in the middle of next year, but Prajin says passenger services will now begin by the end of March because the period for commissioning has been reduced from six to four months.

The 23.5km 16-station Purple Line will link Bang Yai on the existing metro Blue Line northwest of Bangkok with Bang Sue. The Baht 60bn ($US 1.7bn) project has been implemented as a Public Private Partnership funded by Japanese government yen credits.

Construction was carried out by Ch. Karnchang, Thailand while a Japanese consortium of Marubeni and Toshiba was awarded a contract in 2013 to supply and maintain electrical and mechanical systems including rolling stock.

Japan Transport Engineering Company (J-Trec), a subsidiary of East Japan Railway Company (JR East) is supplying a fleet of 21 three-car Sustina trains for the Purple Line, while JR East is setting up a local company which will maintain rolling stock and infrastructure for the first 10 years of operation.

The government has asked the consortium to accelerate delivery of the train fleet in order to begin testing by December.