CHINA Railway Construction Corporation (CRCC) has signed a Taka 276.5bn ($US 3.5bn) contract on August 8 with the Bangladeshi government to build a new east-west railway via the 6.2km road-rail Padma Bridge. 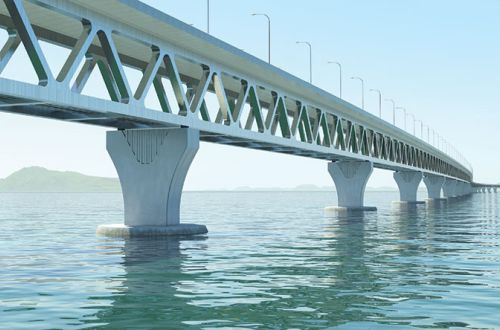 The go-ahead to start construction of the 215km Padma rail link from Dhaka to Jessore, was given last month, and CRCC was commissioned to construct the line which is due to be completed by June 2022.

The project will be funded by the Bangladeshi government (Taka 29bn) and through a soft loan from China (Taka 247bn).

The project includes the construction of 66 major bridges, 244 minor bridges, 14 new stations and the procurement of 100 passenger coaches.

The line will be built for 120km/h operation, and is part of Trans-Asian Railway (TAR) project, which aims to create an integrated freight railway network across Europe and Asia.