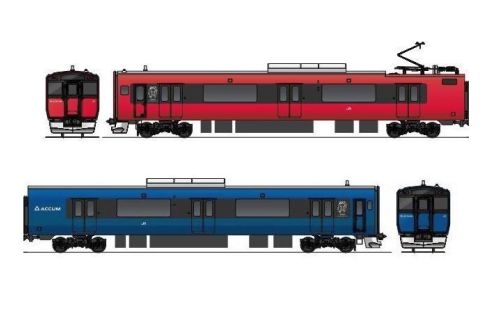 Currently JR East uses KiHa 40 series DMUs to operate an hourly service, which runs for 13km on the electrified Ouu Main Line between Akita and Oiwake, before continuing along the non-electrified branch to Oga.

The 1067mm-gauge two-car EV-E801 trains will be equipped with lithium-ion batteries with a total capacity of 360kW/h at 1598 V, which will be recharged while operating under 20kV ac electric power on the Ouu Main Line. A 20kV ac charging station will also be installed at Oga, which will feed the batteries via the pantograph.

The Oga Line will be the second line on the JR east network to benefit from BEMU operation, following the introduction of EV-E301 series trains on the Karasuyama Line in Tochigi Prefecture in March 2014.