BEIJING’s new international airport at Daxing was inaugurated on September 26, together with metro and high-speed rail links to the $US 11bn hub, which is expected to handle 72 million air passengers a year. 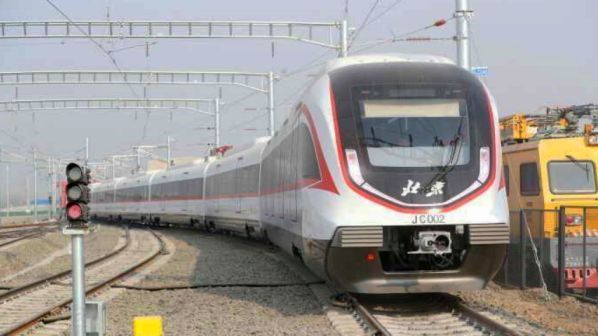 The 41.4km New Airport Line is China’s first 160km/h urban rail line. The line runs from Caoqiao, an interchange with metro lines 10 and 19, to the airport’s North Terminal, via a single station at Cigezhuang, which will ultimately become an interchange with Line S6.

The Caoqiao - Daxing North Terminal journey time is 19 minutes and Caoqiao and Cigezhuang stations have check-in facilities for passengers’ baggage.

CRRC Qindao Sifang has supplied a fleet of 12 type D trains based on its CRH6 main line EMU and the line is equipped with Automatic Train Operation (ATO).

The airport is also served by a station on the 78.2km Beijing - Bazhou high-speed line. The 250km/h section from Beijing West to Daxing is now in operation, with the 350km Daxing - Bazhou stretch due for completion in 2020.

The journey time between Beijing West and Daxing is 28 minutes.