BOMBARDIER Transportation has won a Rupees 20.5bn ($US 274.8m) contract to supply 67 three-car metro trains, plus CBTC signalling and control systems, for metro projects in the Indian cities of Kanpur and Agra. 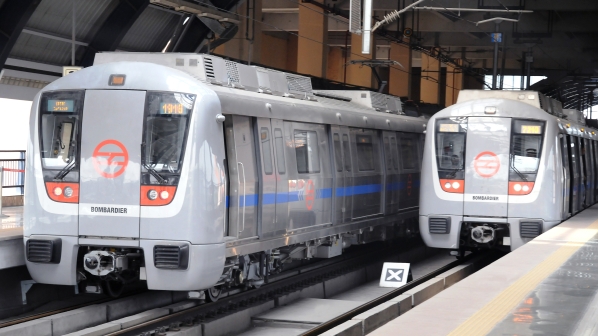 The contract includes options for an additional 51 cars.

The tender was originally announced by the Uttar Pradesh Metro Rail Corporation (UPMRC) in December 2019, following governmental approval for the projects to proceed. Bombardier is now expected to win the contract after outbidding Alstom and a consortium of BEML and Hitachi Rail. An additional bid from CRRC was rejected on the grounds of technical qualification.

The contract comprises the design, manufacture and testing of the standard-gauge metro trains, as well as the provision of training to staff for their operation. In addition, the winning bidder will supply signalling and control systems for the two metro projects. Upon acceptance of the bid by UPMRC, Bombardier will start production at its site in Vadodara, Gujarat.

Bombardier was previously granted a Rs 25.8bn ($US 344.5m) contract on May 8 for the provision and maintenance of supply 30 six-car regional commuter trains for the Delhi-Meerut RRTS corridor, as well as 10 three-car trains for the Meerut local transit system.

UPMRC has also agreed a Rs 3.6bn contract with a partnership of the Spanish Typsa Group and Italian State Railway (FS) subsidiary Italferr for work on the Agra and Kanpur metros.

The five-year contract includes planning and supervision of four underground metro lines, two in each city.

The two metros will include both underground and at-grade sections and incorporate 57 metro stations and four rail depots.

The combined cost of both metro projects is estimated to be around €2.4bn. The projects are being funded by the Indian government and loans. The Kanpur project is expected to receive €650m from the European Investment Bank (EIB).

Both companies have been involved in other projects in India, with Italfer previously overseeing the design and construction of the Anji Khad bridge, as well as consulting on the development of two metro lines for Mumbai. Typsa, as part of a consortium of Spanish companies led by Ineco, has been contracted to conduct feasibility studies for the planned 1500km Delhi - Kolkata high speed rail line.

For detailed information on metro projects from around the world, subscribe to IRJ Pro.