AFTER a 45-year hiatus, Cambodia Royal Railway restored passenger services between the country’s capital and the Thai border on July 4 with the inauguration of the final section of the reconstructed Phnom Penh - Poipet line. 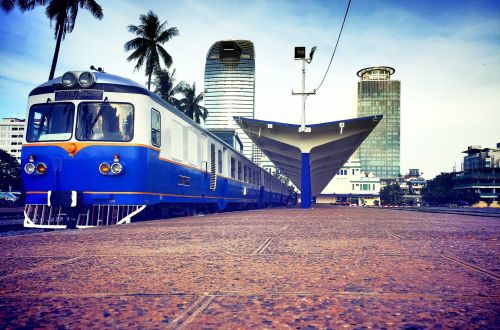 Passenger and freight services on the 385km Northern Line were halted in the 1970s due to the civil war, which devastated the line’s infrastructure.

Passenger services resumed on the 48km Poipet - Sisophon section at the beginning of April and the Sisophon - Battambang stretch was completed later the same month. The Battambang - Pursat section reopened in April and the completion of the 166km Pursat - Phnom Penh section this week brings the restoration of passenger services between the Cambodian and Thai capitals a step closer.

Speaking at the inauguration ceremony on July 4, Cambodia’s minister of public works and transport Mr Sun Chanthol said that he would meet his Thai counterpart on July 6 to finalise a memorandum of understanding setting out rules for cross-border rail freight operations.

The minister also said Royal Railway is planning to acquire new locomotives and rolling stock for the route.

Reconstruction of the line has been financed with the aid of a loan from the Asian Development Bank (ADB), which is supporting the rehabilitation or rebuilding of 641km of railway in Cambodia.