CHANGZHOU, a city of 4.5 million inhabitants in China’s eastern Jiangsu province, opened its first metro line on September 21 with the start of trial passenger operation on Line 1. 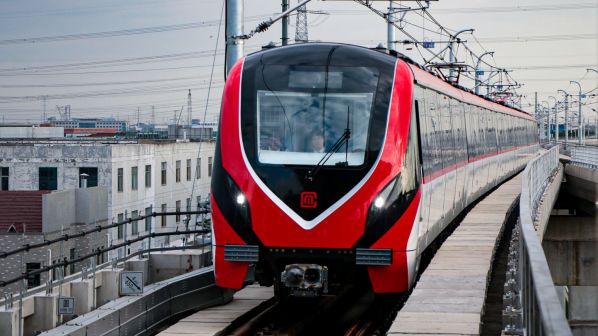 The 34.2km line connects Forest Park in the North with Nanxiashu serving 29 stations, including interchanges with main line services at Changzhou North and Changzhou Railway Station.

Services are operated by a fleet of six-car 120m-long Type B trains, each formed of four powered and two unpowered vehicles.

The 19.9km east-west Line 2 is due to open in 2021, adding 15 stations to the network. The two lines will intersect at Cultural Palace station in the city centre.

In the longer-term the city is planning to build a 129km six-line network with 85 stations.

Changzhou is the 35th city on the Chinese mainland to open a metro network.

For detailed data on urban rail projects around the globe, subscribe to IRJ Pro.