China to invest $US 22.4bn in three new lines

CHINA's National Development and Reform Commission (NDRC) gave the go-ahead on September 11 for three new lines in central and southwest China, representing a total investment of Yuan 142.8bn ($US 22.4bn). 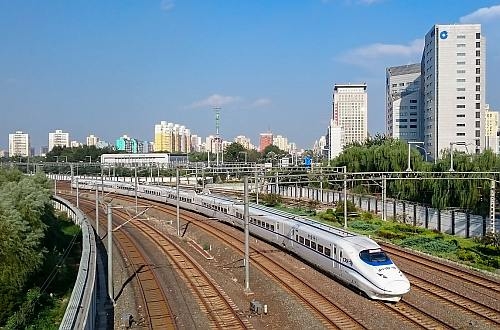 The largest of the three projects is the 818km Zhengzhou - Wanzhou high-speed line, which will run via Nanyang, Xingshan, Badong, and Wushan. The line will be designed for 350km/h operation, although the initial maximum speed will be 300km/h, with a design capacity of 60 million passengers per year. The total budget for the project is Yuan 118bn, including Yuan 3.6bn for rolling stock. Construction of the Zhengzhou - Xiangyang section will take four years to complete and the remainder of the line will be completed within six years.

In the southwestern province of Yunnan, the NDRC has approved two new lines totalling more than 300km. The 128.5km Maitreya - Mengzi line has a budget of Yuan 9.2bn, including Yuan 420m for rolling stock and will be designed to carry up to 40 passenger trains per day and 10 million tonnes of freight per year. The line is expected to open within six years.

The 201.8km Dali - Lincang line will be designed to accommodate up to 30 passenger trains per day and 10 million tonnes of freight per year. The total projected investment is Yuan 15.1bn, including Yuan 430m for rolling stock. Construction will take five-and-a-half years to complete. Both lines will be electrified and designed for 160km/h operation.

These two projects are a continuation of China's policy of developing the rail network in Yunnan. Last October the NDRC approved the construction of two new lines which will link the province with Myanmar and Laos.