CHINA marked the completion of a key international rail project in its southern Yunnan province on December 1 with the opening of a 142km line from Mengzi to Hekou on the border with Vietnam. 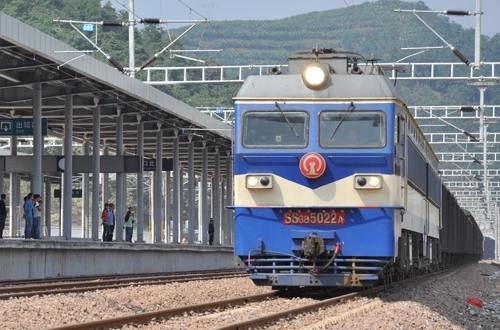 Construction began in December 2008 and the nine-station mixed-traffic line is designed for 120km/h operation.

The principal engineering feature is the 7.35km Taiyangzhai Tunnel, one of 32 tunnels on the line, six of which are more than 5km long. The line also has 36 bridges.

The line is part of a new 468km railway linking Kunming with Hekou, which is 6km from the Vietnamese border. The adjoining section between Yuxi and Mengzi was inaugurated in April.

In October China's National Development and Reform Commission authorised the construction of two further new lines in Yunnan linking Kunming and Yuxi with Laos and Myanmar.