CHINA plans to start construction next year of a 200km maglev line in Hubei province to test operation of a prototype maglev train at speeds in excess of 600km/h. 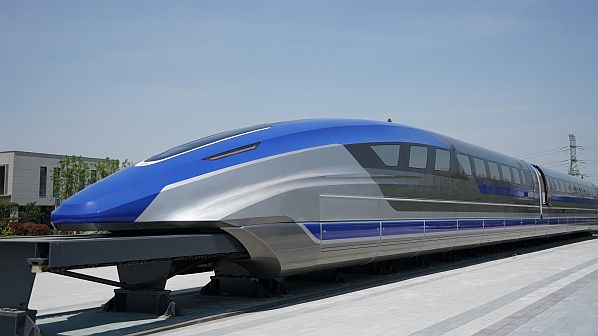 CRRC Qingdao Sifang's test maglev train was unveiled in May.

According to a report in the Wuhan Evening News, the project is part of China’s Building Outline for the Construction of a Powerful Country initiative and could form the first section of a maglev line linking Wuhan with Guangzhou. Maglev technology would cut the time for the 968km trip from a current fastest journey time of 3h 43min by rail to around 2 hours.

CRRC Qingdao Sifang completed a 600km/h test maglev train in May following three years of research and an engineering prototype maglev train will roll off the production line next year.

The test train has a new generation of aluminium-alloy car body which is lightweight while having high strength and is designed to mitigate aerodynamic resistance and lift. The train features foil windings for the electromagnets and precision casting for the levitation frame. CRRC has developed the levitation and guidance system, speed detection and location detection system as well as the control system.

The train uses high-temperature superconducting magnetic levitation technology which is designed to generate less heat, produce greater traction, and achieve a higher maximum speed than other types of maglev train.

China sees maglev as a way of relieving the pressure on these lines as well as helping to give it a technological lead. Maglev is also seen as a means to plug the gap between high-speed trains and jet aircraft.