WHILE the Chinese passenger rail market remains stable, the country’s freight sector is under pressure due to slowing economic growth, intermodal competition, and a crisis in the steel, iron and coal sectors, according to a report by SCI Verkehr which was released on October 4. 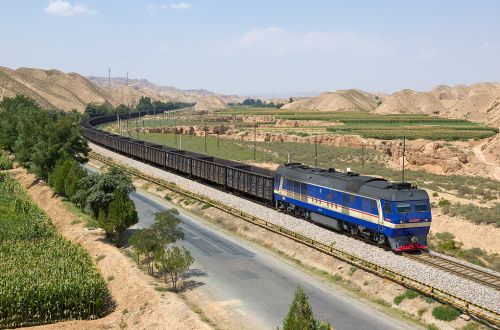 The declining performance is translating into decreasing procurements for electric and diesel locomotives over the next five years. As a result SCI says that Chinese industrial companies will have to focus on international business to balance slowing developments in China.

The Chinese railway technology market has is currently worth over €30bn and is expected to grow by 2% per year.

The Chinese after-sales market is growing especially fast, and gaining importance against OEM products due to the fleet and network expansion. Rolling stock makes up 70% of the total after-sales market, and is particularly important for rolling stock manufacturers such as CRRC which generally carry out heavy maintenance on their own products.

However, China Railway is looking to strengthen its own maintenance capabilities so that it can conduct more after-sales services in-house, instead of contracting third parties. This will reduce costs significantly and means that Chinese manufacturers like CRRC will not benefit fully from the developing after-sales in their domestic market, and will increasingly have to focus on securing international business.