Construction of Mindanao railway to start next year

THE transportation undersecretary of the Philippines, Mr Cesar Chavez, announced on July 3 that construction will start in the second quarter of 2018 on the first phase of a project to build a 2000km railway on the island of Mindanao. 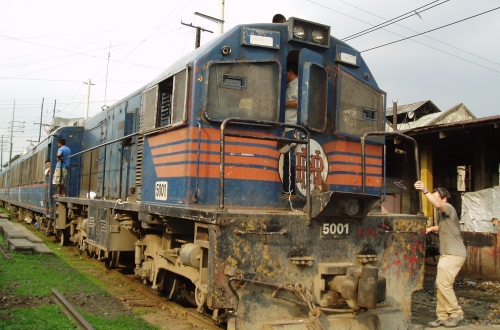 Chavez says the Department of Transportation (DOT) has already set aside Pesos 6.5bn ($US 128.5m) for land acquisition and preliminary engineering work for the Pesos 35.26bn first phase which involves building a 108km line from Tagum City in Davao del Norte southwest to Digos City in Davao del Sur.

“We are now working on land acquisition because we need to acquire 340 hectares of property to cover the 103km,” Chavez says. “By first quarter of 2018, we will buy the land. In the second quarter, we will start the construction.”

Chavez says the DOT plans to set up a project management office, which will require an executive order from the president of the Philippines.

The Philippines National Economic and Development Authority approved phase 1 which will be funded through General Appropriations Act, at the end of June. The line is expected to open in 2020.

For more detailed information on railway projects in Asia, subscribe to IRJ Pro.