Construction to start on extension of delayed Taipei airport link

TAIWAN's Bureau of High Speed Rail (BHSR) says construction of a southwest extension of the airport rail link between Taiwan Taoyuan International Airport (TTIA) and Zhongli station will commence this month, while testing is now underway on the primary Taipei Railway Station - TTIA section of the much-maligned 51km project. 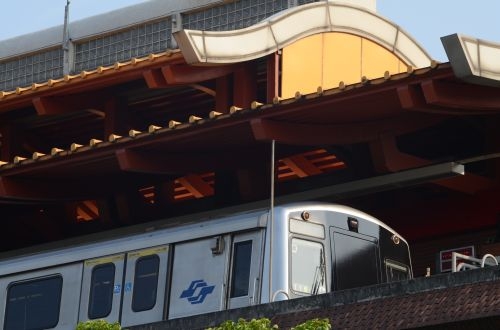 Work on the extension, which will link with Taiwan's high-speed network at Taoyuan, was due to commence by the end of 2012. However, the government failed to find a single bidder for the project and after the sixth failure, it decided to split the undertaking into two separate contracts.

Continental Engineering won the civil engineering contract in November and is due to start work at the end of the Chinese Lunar New Year festival this month, while BHSR says it plans to open bidding for the electrical engineering element of the project in the middle of this year.

Despite the year-long delay, BHSR says it is still hopeful of the line becoming operational by the original date of June 2018.

BHSR says that testing is now underway on the Tapei - TTIA section of the line and Taiwan's minister of transportation and communications Mr Yeh Kuang-shi says the government hopes to open the first section of the railway by the end of next year, over two years after the expected October 2013 opening date.

Construction on the Tapei - TTIA section commenced in 2006 but BHSR reported in April 2013 that installation of the line's electrical and mechanical components had fallen behind schedule, delaying the project beyond its expected opening date of October 2013. BHSR ordered the complete replacement of electrical wires used in the signalling system after some were found to have cracks in their insulation. It also cited a dispute between the lead E&M contractor, Marubeni, Japan, and its minor partners Hitachi and Kawasaki, as adding to the expected delay.

NHSR director general Mr Chu Shu took responsibility for the delays and resigned from his position in May 2013, while local news reports state that Marubeni is expected to be fined $NT 12m ($US 396,000) for every day it exceeded the October 2013 delivery deadline for the project, with the penalty capped at $NT 2.5bn. However, BHSR could seek additional restitution from Marubeni for financial losses resulting from the delayed launch of the airport service.