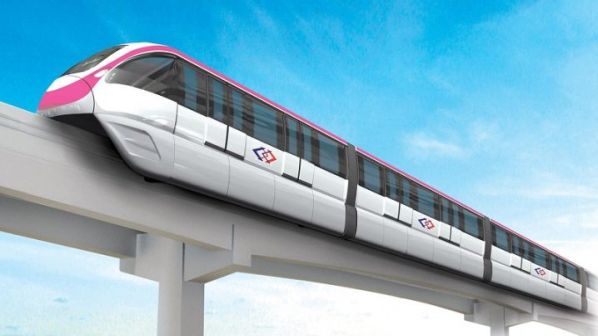 Assembly of the trains was completed on September 4 at CRRC’s manufacturing facility in Wuhu, Anhui province, China, and the trains have now departed for Thailand.

The trains are part of an order for 72, comprising 288 cars, signed in June 2017 for delivery by early 2022, and are equipped for automatic operation at Grade of Automation 4 (GoA4).

Under the contract, Bombardier was responsible for design of the trains, which is based on the Innovia monorail 300 platform. In addition, Bombardier is supplying all mechanical and electrical elements.

CRRC says that the trains are designed to comply with international standards of safety, reliability and comfort.

The trains are intended for operation on the 30.4km Yellow and 34.5km Pink lines, which are currently under construction and scheduled to begin operation in 2022.

The Pink Line will include 30 stations and run from Nonthaburi Civic Centre to an interchange with the Purple Line at Min Buri. A second interchange with the planned Brown Line is also currently under consideration. The line is expected serve more than 30,000 passengers per hour in each direction when it opens.

The Yellow Line will include 23 stations, and will run from Ratchada/Lat Phrao to Pu Chao Saming Phrai. It will include interchanges with the Blue, Grey, Orange and Green lines, and is intended to improve connections across the network.

The news follows the opening of a 4.3km extension of the BTS Skytrain Light Green Line on June 4, which extends the line north from Kasetart University to Wat Phra Sri Mahathat.