GERMAN Rail (DB) has signed memorandums of understanding with CRRC, China Railway and the city of Dalian, expanding its presence in the Chinese railway market. 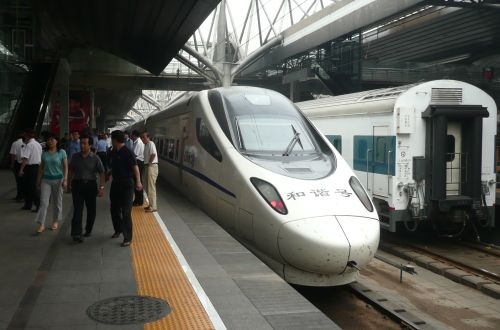 Under the agreement with CRRC, DB and the Chinese rolling stock manufacturer will continue their work to establish and optimise a maintenance system for high-speed EMUs while DB will provide operational support to overcome issues associated with wheel - rail interface. In addition DB will provide maintenance and repair support to China Railway Corporation (CRC), which operates 1400 trains on China's 19,000km high-speed network.

In Dalian, DB Engineering & Consulting has secured a consultancy contract for operation of regional transport in the city, which has a population of 6 million.

"The People's Republic of China is an important market for us and will remain so in the future," says DB CEO Dr Rüdiger Grube. "In view of the plans to invest more than €300bn in transport infrastructure, we wish to benefit from growth and potential in China."

The announcement of the agreements coincides with German chancellor Mrs Angela Merkel's visit to China and continues DB's work in the country which dates back to 1966.