GERMAN Rail (DB) has agreed to provide technical support to Indian Railways (IR) for a feasibility study into raising the maximum line speed on the 634km Chennai - Kazipet line to 200km/h. 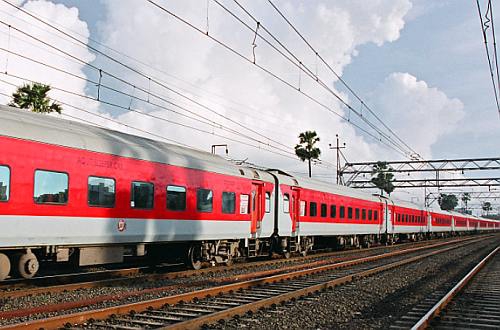 The two railways signed a declaration of intent on October 10 stating that survey work will be carried out in three phases over a 22-month period. Passenger services on the 634km electrified route are currently limited to a maximum of 120km/h.

Terms and conditions will be finalised under a separate agreement and the two railways will share costs on a 50:50 basis. This agreement is due to be finalised by the end of the year and will set out financial options for implementation of the project.

The stretch identified for the survey involves three IR divisions including Chennai, Vijaywada and Secundrabad. The line includes 216 level crossings, 1979 bridges and 108 stations.

There is currently only one direct train a day between Chennai and Kazipet, completing the journey in 11h 20min at an average speed of 57km/h. “After the speed upgrade, the travel time will come down by half,” an official said.

India and Germany signed a bilateral protocol for the rail sector in May 2016, listing priority areas such as the expansion of high-speed and the semi-high-speed network and raising speeds on longer-distance routes. The protocol envisaged training and orientation programmes for IR staff in Germany.