BANGLADESH Railway (BR) has completed a feasibility study for the planned 81km Dhaka circular railway, which is intended to ease the city’s high levels of congestion. 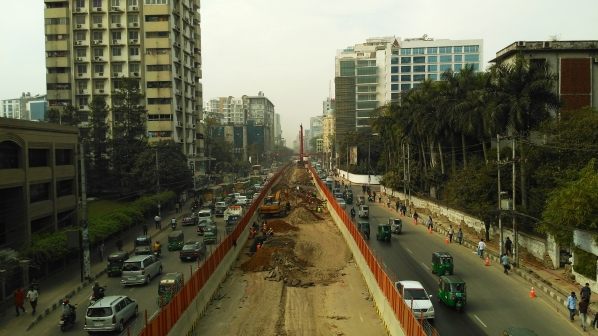 The study was carried out by BR alongside a joint venture of China Railway Siyuan Survey and Design Group and two Bangladeshi firms, BETS Consulting Services, and Engineers and Advisors, under a Taka 245.6m ($US 2.9m) contract awarded in April 2019. The study was originally scheduled to be completed within one year but was delayed due to the coronavirus pandemic.

The $US 8.4bn project is expected to take six years to complete. The line will follow the city’s inner ring road, serving 24 stations, including 11 interchanges with other transport modes. The line will be mostly elevated, with around 10km underground.

The project was announced in 2018 following government approval of a Railway Ministry proposal to set up a public-private partnership (PPP) to deliver the line.

The line will be integrated with the Dhaka MRT metro system, currently being constructed by the Italian-Thai Development. The city’s 20.1km, $US 2.82bn Uttara Terminal - Kamalapur metro Line 6 is due to open in 2022.

The new line is intended to reduce the severity of road congestion in the city, which has experienced rapid population growth, more than doubling from around 10.3 million residents in 2000 to around 21 million in 2020. A report by the Accident Research Institute found that the average speed of road vehicles in the city during rush hour was 5km/h.