THE Chinese city of Dongguan, which has a population of 8.2 million, started trial operation on its first metro line on May 27 following the approval of the municipal government. 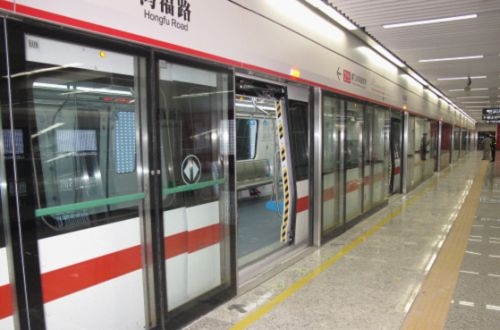 Line 2, which is 37.8km long, runs southwest from Dongguan station via the Exhibition Centre to Humen station. The line has 15 stations, of which 14 are underground and one elevated.

The line is operated by a fleet of 20 six-car trains supplied by CRRC Nanjing Puzhen Rolling Stock Company under a Yuan 860m ($US 130m) contract awarded in 2012.

Trains run at headways of between 6 and 10 minutes with an end-to-end journey of 42 minutes. Services start at 06.30 and run through to 22.30 Mondays to Thursdays, and 23.00 on Fridays, weekends and holidays.

Meanwhile on the same day, Dongguan Rail Transit invited bids for the construction of Line 1. This 58km line will run from Wang Hung to Yellow River Central station and will connect with Line 2 at Hongfu Road. There will be 21 stations of which eight will be elevated and the remaining 13 underground. The line will also be operated by six-car trains and will be controlled from the Line 2 control centre.