THE first ES43ACmi Evolution Series diesel locomotive for Indian Railways (IR) was unloaded at the Indian port of Mundra on October 11 after completing its sea voyage from the United States. 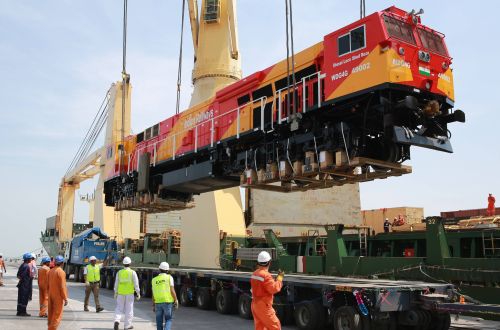 GE was awarded a $US 2.5bn contract in November 2015 to supply 700 3.36MW ES43ACmi locomotives (designated WDG4G by IR) and 300 4.47MW ES57ACi units over an 11-year period through a joint venture with IR. The more powerful variant is currently at the design stage and production is due to begin later this year.

The first 40 locomotives are being built at GE’s plant in Erie, Pennsylvania, while the remaining 960 units will be assembled at a new joint venture production facility at Marhoura in the Indian state of Bihar. The 91.5-hectare plant will be commissioned in 2018.