THE first of 18 driverless metro trains being built in China by Shanghai Alstom Transport (Satco) for the North East Line has arrived in Singapore. 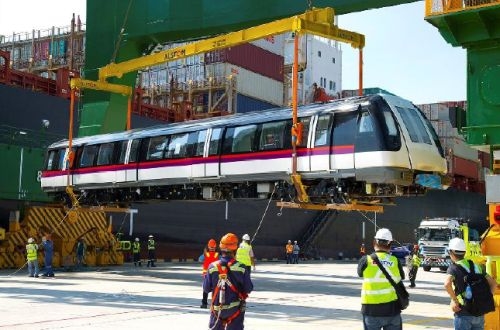 The trains are part of a larger order for 42 trains placed by Singapore's Land Transport Authority (LTA) in February 2012. The first of the other batch of 24 trains destined for the Circle Line was delivered on June 29.

LTA says the trains will undergo extensive and rigorous testing at the two line's depots and later on track before they enter service in mid-2015. The fleet will increase capacity on the Circle Line by 60% and by 70% on the North East Line.