TRIAL passenger operation began on May 18 on the first metro line in Fuzhou, the capital of China's southeastern Fujian province. 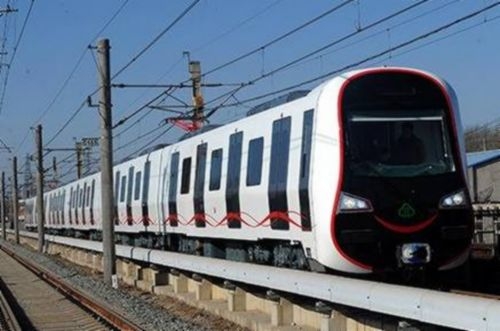 Trains are now operating on the Sanchajie - Fuzhou South Railway Station section of the 24.9km north-south Line 1 from Xiangfeng to Xiayangcun. Line 1 has 24 stations, including nine on the section now in operation.

Services on Line 1 are operated by a fleet of 28 six-car trains built at CRRC Tangshan's plant in nearby Quanzhou. The 80km/h aluminium-bodied Type B trains accommodate up to 1460 passengers, 256 of them seated.

A second east-west line is under construction and the two lines will intersect at Nanmendou station.

Last December the National Development and Reform Commission, China's top economic planning authority, approved a construction plan for the Yuan 65.4bn ($US 9.9bn) second phase of the metro, which will extend the system to 147.5km by 2021.