Hospital coaches sent to Delhi as part of Covid-19 strategy

THE Indian government is sending 500 converted coaches to Delhi to be used as hospital wards for Covid-19 patients. 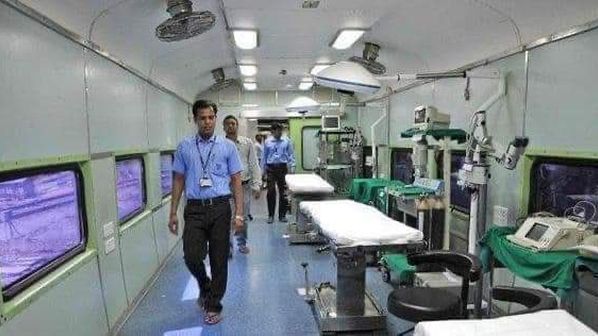 54 coaches have already been deployed in the maintenance depot at north Delhi’s Shakurbasti railway station, with the remaining 446 due to be deployed at Anand Vihar station.

Anand Vihar’s seven platforms have all been reserved for the soon-to-arrive coaches. Regular services from the station are now suspended and will run from Old Delhi railway station from June 15 until further notice, including trains to Motihari, Raxaul and Muzaffarpur and Ghazipur.

Plans to repurpose the decommissioned coaches were originally made in April, with the target of producing as many as 20,000 of them.

This new transfer of coaches is part of India’s strategy to manage the growing numbers of active coronavirus cases in the city. Delhi is India’s third-worst affected region after the states of Maharashtra and Tamil Nadu, with over 22,700 active cases of Covid-19, or around 11% of the total number of cases.

The decision made at a meeting on June 14 chaired by home minister Mr Amit Shah, aims to address the issue of Delhi’s strained hospital capacity in the wake of the pandemic. The converted coaches will provide around 8000 extra beds.

In contrast to the disruption in Delhi, 200 suburban services for medical staff and key workers were restored on the Western Railway (WR) and Central Railway (CR) networks serving Mumbai on June 15. These will be the first regular services in the city since the suspension of passenger operations on March 22. Capacity is limited to 700 passengers per train.