THE prototype ‘Train 18’ inter-city EMU for Indian Railways was unveiled at the Integral Coach Factory (ICF) in Chennai on October 20. 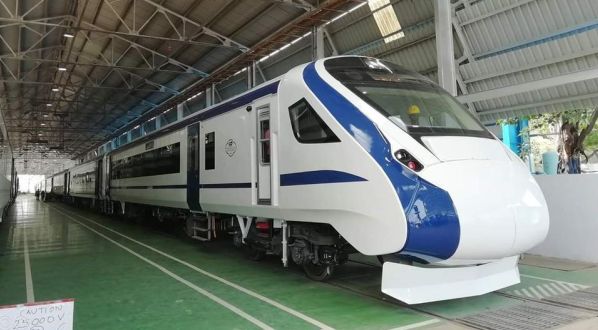 ICF says the 160km/h train has been developed with 80% domestic content and designed and built in less than 20 months.

The train will now undergo mainline trials, which will enable Indian Railways’ Research Designs and Standards Organisation to finalise the specification for the production version, which will be used on Shatabdi Express services.