THE Indian government has allocated Rs 15bn ($US 2.78bn) from the federal budget for Indian Railways (IR) infrastructure upgrading projects in the Bangalore area, ahead of assembly elections in the state of Karnataka, which are scheduled for later this year. 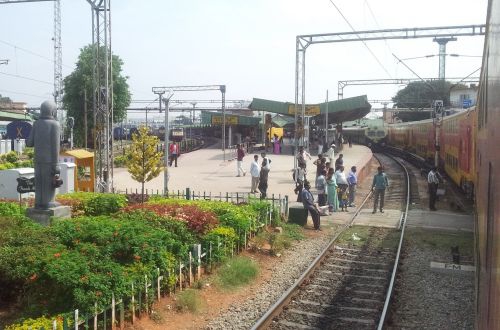 Rs 4.93bn will go towards the construction of two additional tracks on the 25km double-track line between Bangalore Cantt and Whitefield. Construction is expected to take three years and the project will provide additional capacity on a line used by 62,000 commuters every weekday.

The project had initially been sanctioned as part of the 1997-1998 railway budget, but progress has been stalled by land acquisition issues.

Recently completed rail projects in the state include track-doubling on the Yesvantpur - Yelahanka and Yelahanka - Channasandra sections and a new coach maintenance facility at Baiyyappanahalli.

These works are in addition to the proposed elevated Suburban Railway System for the Bangalore area. The project, which was announced in the Indian government’s 2018-19 budget, and will be implemented by IR and the state of Karnataka either as a joint venture or on a cost-sharing basis.